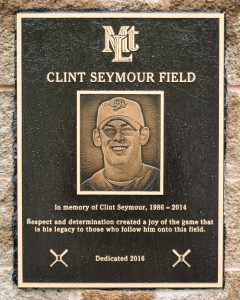 The baseball field on which Clint played for Mt. Lebanon High School and many other teams associated with the Mt. Lebanon Baseball Association has been re-named “Clint Seymour Field.”  The field previously known as “Wildcat Field” was re-named effective March 28, 2016.  The approval on that date by the Mt. Lebanon Commissioners capped months of efforts by the Town, its School District, and the Clint Seymour Play Ball Fund.  Athletic Director John Grogan and baseball coach (and Clint’s teacher) Patt McCloskey, as well as the baseball association’s president, Chip Dalensandro, were joined at the hip with our Fund since the idea’s inception.  A formal Proposal was developed that eventually was submitted and approved unanimously by the Town’s Sports Advisory Board and its Board of Commissioners that calls for the Fund to contribute substantial improvements to the ball field (in addition to the significant improvements to the playing surface that already had been made by the Town).  The Town’s Parks and Recreation Director, David Donnellan, and its solicitor Phil Weis worked collaboratively with the Fund.  The depth of public support from the community was a further testament to Clint’s enduring legacy.  Commissioner Dave Brumfield remarked, “There can be no question that there’s a lot of value gained by the youth of the community from this.  This is a partnership that can help everyone and certainly be a fitting memorial to a fine young man.”  Fund president Don Seymour told the Commissioners that “We, as a family, really regard Clint as having been raised by the community and its schools, and not just by his family.” 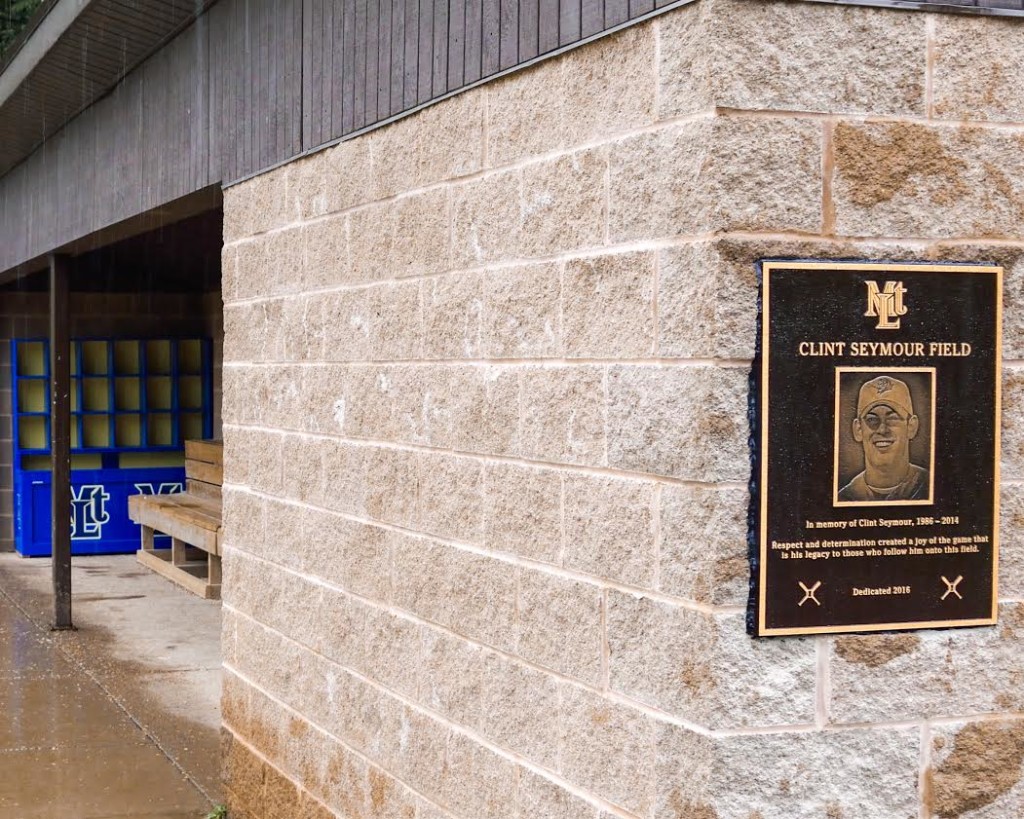 The plaque attached to the home team dugout reads, “Respect and determination created a joy of the game that is his enduring legacy to those who follow him onto this field.”

A dedication ceremony will be scheduled once the improvements are all in place, hopefully this summer.